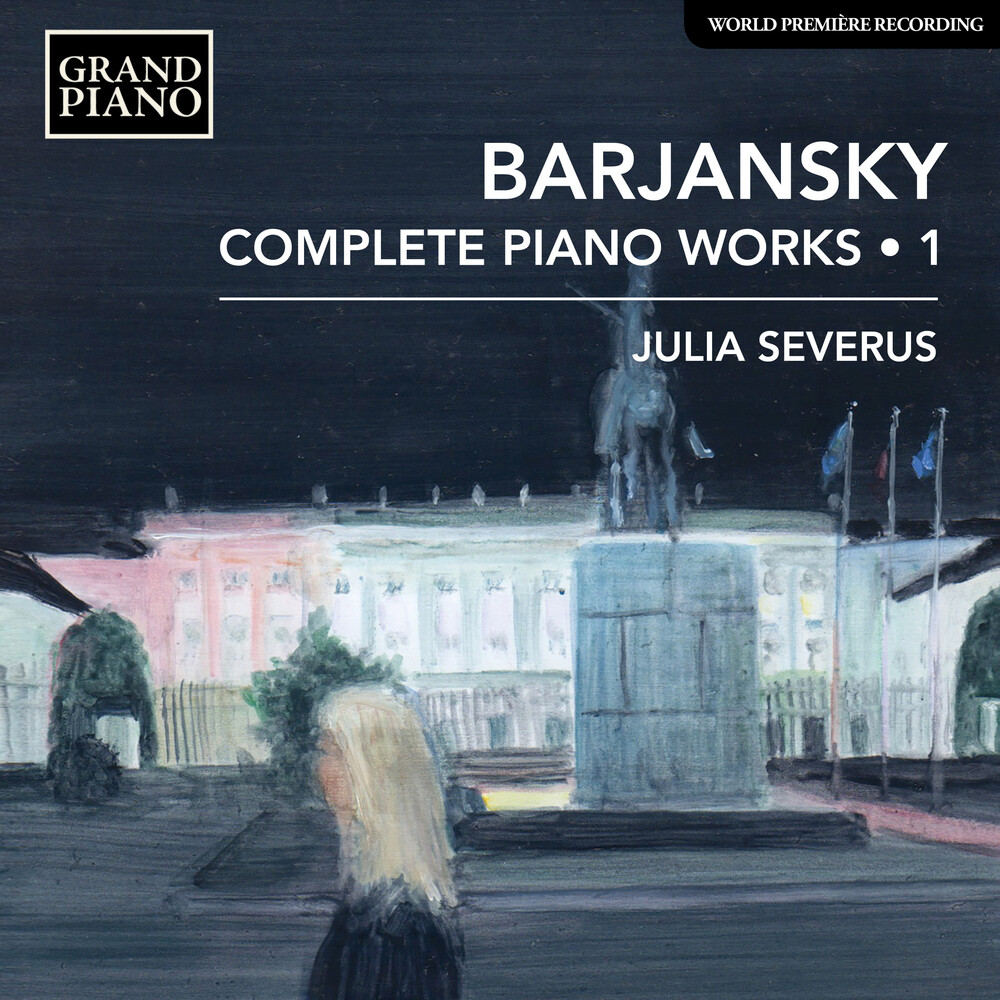 ADOLF BARJANSKY was born in Odessa into a wealthy Russian-Jewish family, and received his musical education in Vienna, Paris and Leipzig, studying piano with Carl Reinecke and Salomon Judassohn. Barjansky composed relatively few works, but his highly attractive and original piano music reveals the influence of Schubert, Beethoven and Brahms with a wealth of Russian color, as heard in the Fantasy Pieces. The 6 Piano Pieces are impressionistic and radiant, while the large-scale Piano Sonata No. 1 uses spatial sound as a principal means of expression, blending it with a highly modern simplicity and transparency of structure that anticipates 20th-century minimalism. Julia Severus began playing the piano at the age of four. She graduated from the Berlin University of Arts and from the Moscow Tchaikovsky Conservatory, where she studied piano with Mikhail Voskresensky and Lev Naumov. Wishing to explore piano ensemble repertoire, she founded the Aurora Duo and Quartet, performing numerous premieres and world premieres, among them Rodion Shchedrin's Hommage à Chopin in the presence of the composer, followed by a recording for two pianos, eight hands, of Russian Romantic Piano Transcriptions (Naxos 8.557717). Her solo recordings, including Tchaikovsky's opera and song transcriptions (GP795), have been highly praised. Julia Severus lives and works in Paris and Berlin.