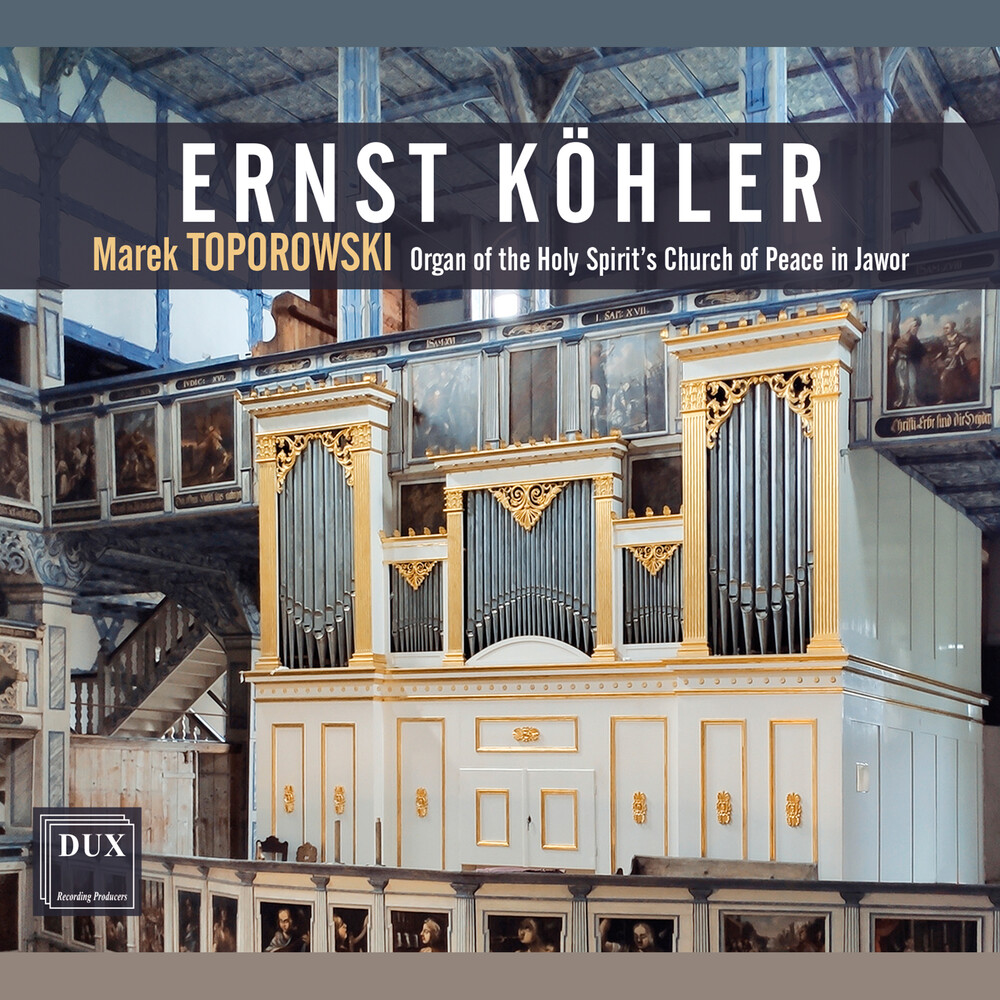 Ernst KĂ¶hler numbers among the representatives of the so-called Wroclaw organ school from the first half of the 19th century; this group of composers, whose ouvre combines respect for the contrapuntal refinement of Johann Sebastian Bach's music with the emotional aspects of the new Romantic trends and also heralds an apogee of synthesis; the most perfect embodiment of which was the organ and cantata-oratorio ouvre of Felix Mendelssohn Bartholdy. A certain stylistic conservatism and established opinion concerning the crisis in organ music during the first half of the 19th century is perhaps responsible for the relatively rare performance of works by such composers as Adolph Hesse, Moritz Brosig and Ernst KĂ¶hler, the latter of whom is without doubt the least-known figure among the three names mentioned. Biographical information concerning him is also very scant; however, we may expect that future research will be able to reveal new information and, consequently, a re-evaluation of his music's significance. The performer of the present release is convinced that KĂ¶hler's works deserve more frequent performance and a permanent place on concert programs. Another extraordinarily characteristic trait of this composer's organ music (shared with other organists from this region, but in his case particularly evident) is the extraordinary mobility in all of the voices, including that performed on the pedalboard. The composer often appears to take no account of the technical limitations of the instrument, assigning highly mobile, technically uncomfortable passages full of leaps and unusual intervallic structures to the pedal part. His music, at first glance schematic and conventional, nonetheless exceeds technical and compositional competence; upon close acquaintance the performer will admit that it is spectacular and moving.
back to top