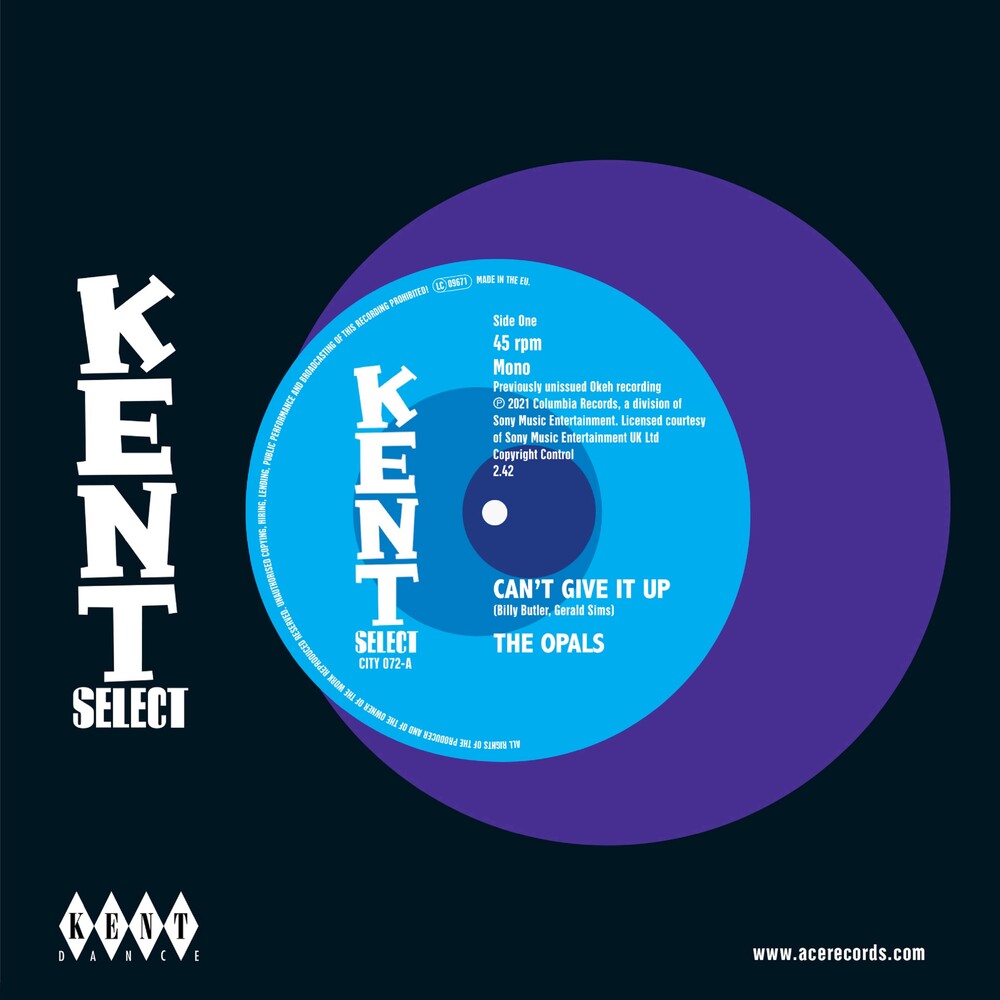 Can't Give It Up (Uk)
Artist: Opals
Format: Vinyl
New: Not in stock
Wish

Chicago soul girl group the Opals released three exquisite singles on the Okeh label between January 1964 and February 1965, all of them produced by Carl Davis, in addition to which they also recorded background vocals for other artists. When Tony Rounce compiled Kent's CD of Billy Butler's Okeh recordings in 2007, unexpectedly found on the master tape transfer of Billy's 'Right Track' were two unidentified female tracks we eventually ascertained were by the Opals. The uptempo 'Can't Give It Up' is taken at a perfect dance beat for Northern Soul discos. It was written by Billy Butler and Gerald Sims, and likely recorded around the time of the 'Right Track' session in 1966. On the flip is the beautiful, mid-tempo 'End My Suffering', which bears a resemblance to Marvin Smith's 'Time Stopped', also from 1966 and produced by Carl Davis. This is the first release for both tracks and will appeal to fans of many genres of vintage soul music.
back to top